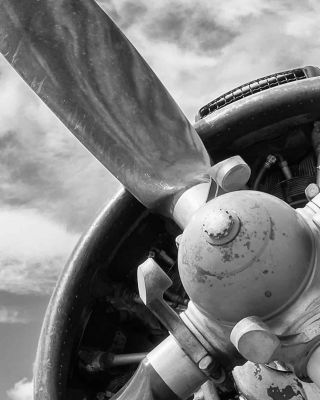 Vincent Hugo Bendix began the Bendix organization with an idea for an automatic starter for automobiles in 1911. Bendix Corporation was renamed the Bendix Aviation Corporation in 1929 to signify a new direction for the company. Bendix formed its radio division in 1937 to make avionics and radio transmitters/receivers for aircraft. In 1944, Vincent Bendix formed Bendix Helicopters Inc. The Bendix Model J single-seater used a system of coaxial rotors and was followed by the Model K which made its maiden flight in 1945.

Allied Corporation purchased the Bendix Corporation and King Radio in 1983 and combined the two to create the now-renowned BendixKing brand of avionics. In late 1985, the Allied Corporation merged with the Signal Companies to become Allied-Signal. The name was further modified to AlliedSignal in 1993 to reinforce a one-company image and signify the full integration of its business.

In 1999, AlliedSignal merged with Honeywell and adopted the Honeywell name to take advantage of the company's universal recognition throughout the industries it serves, as well as in households around the world. Shortly after the merger was completed, Honeywell announced that due to pilot recognition and loyalty, it would retain the BendixKing brand for its general aviation avionics.

In 2011, BendixKing established its new headquarters in Albuquerque, New Mexico. The tradition of leadership and innovation continues with BendixKing.