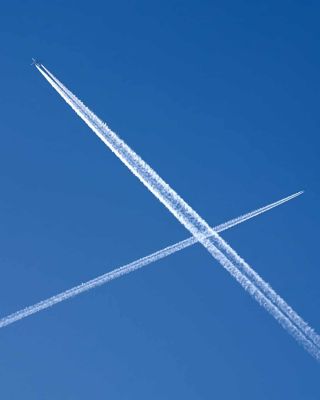 What is TCAS II

TCAS II is a system used for detecting and tracking aircraft in the vicinity of your own aircraft. First, it serves as a moving line of defense against midair collisions. And second, it dramatically increases situational awareness on the flight deck.

By interrogating transponders, TCAS II analyzes the replies to determine range, bearing and if reporting altitude, the relative altitude of the intruder. Should the TCAS II processor determine that a possible collision hazard exists, it issues visual and audio advisories to the crew for appropriate vertical avoidance maneuvers.

There are two types of cockpit displays for TCAS II, the resolution advisory (RA) display and the traffic advisory (TA) display. the RA display is incorporated into the vertical speed indicator (VSI). By illuminating red and green arcs around the dial it displays the required rate, or limitation of climb or descent, to avoid a possible collision. The TA display shows the intruding aircraft’s relative position and altitude with a trend arrow to indicate if it is climbing or descending at greater than 500 feet per minute. This TA display may be provided on the weather radar indicator, on a dedicated TCAS II display or a TA/VSI display.

TCAS II/ ACAS II Change 7.1 is now a requirement for all aircraft operating in European Airspace that require TCAS II or operate with TCAS II equipment.

The CAS 67B TCAS II Change 7.1 system upgrade offers an update from Change 6.0 or 7.0 with a complete set of Change 7.1 collision avoidance options.

The CAS 67B TCAS/ACAS II system with the MST 67A ELS/EHS transponder is compatible with many legacy controllers and displays and is eligible for the Honeywell Authorized Protection Plan (HAPP).

There is also an upgrade available for the MST 67A Mode S ELS/EHS transponder (part of the CAS 67A TCAS II system) to be compliant with the global mandates for ADS-B Out.

Please visit MST 70B page for more details about the BendixKing MST 70B ADS-B Out upgrade.

*Prices listed are manufacturer’s suggested retail prices (MSRP).  Actual price is determined by BendixKing’s authorized dealers and may vary depending on, among other things, country, region, installation costs and any additional parts that may be required.  For more complete pricing information, please contact an authorized BendixKing dealer.